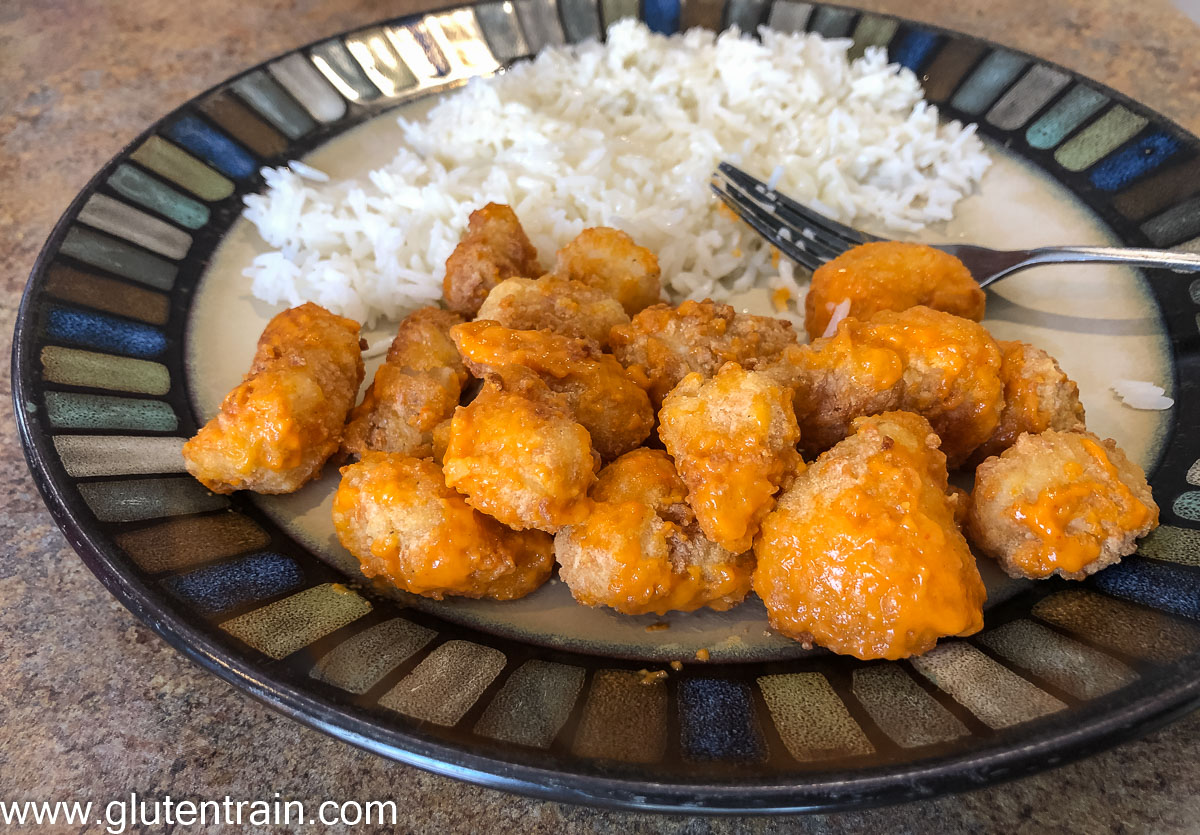 In my quest to find gluten-free chicken wing substitutes, I tried the Wholly Veggie Buffalo Cauliflower bites out. I tried to find the product on their web site but it doesn’t seem to be sold as such any more. Maybe that’s why it was on sale at my local grocery store! We give them a rating of 4/5.

The box contains almost a kilogram of cauliflower florets in a Panko-style coating. They are packaged into two plastic bags so you don’t have to eat the whole box at one sitting. Also included are several frozen sauce packets that you thaw in a bowl of warm water while you bake the florets.

Once they are done baking, you toss them with the sauce and serve.

These buffalo cauliflower snacks are vegan, gluten-free and soy free.

They make a nice snack, or a meat substitute for a meal. I had them with a side of rice for supper.

These were a decent snack. They aren’t chicken wings by any stretch of the imagination, but they taste pretty good. The sauce is excellent. They are a little mushy inside, since you are eating cauliflower. It would be nice if they were a bit crispier.