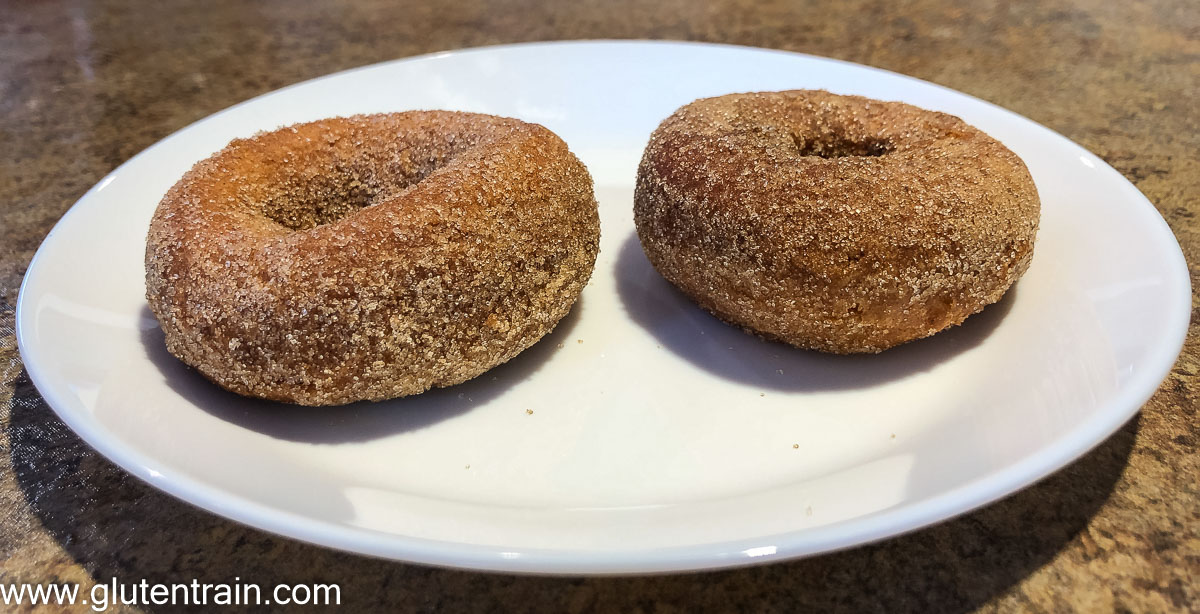 Often when you eat gluten free foods, there is a certain amount of disappointment. The texture might be off, or the taste, or it just isn’t “right”. However, the gluten-free cinnamon sugar donuts from Kinnikinnick don’t disappoint. I give them 5/5.

The box contains six smallish donuts, in a shrink-wrapped plastic tray. They may be found in the frozen foods section of your supermarket and the instructions say to keep them frozen until ready to eat.

It’s recommended that you microwave the donuts briefly to warm them up. I microwaved two for 30 seconds and it was enough to make them warm without overdoing it.

The taste was great – just what you want from a cinnamon sugar donut – and the texture was good. They were fairly dense, as many gluten free products are, and I would say they are on a par with any packaged donut.

I recommend these donuts as a nice gluten free snack.