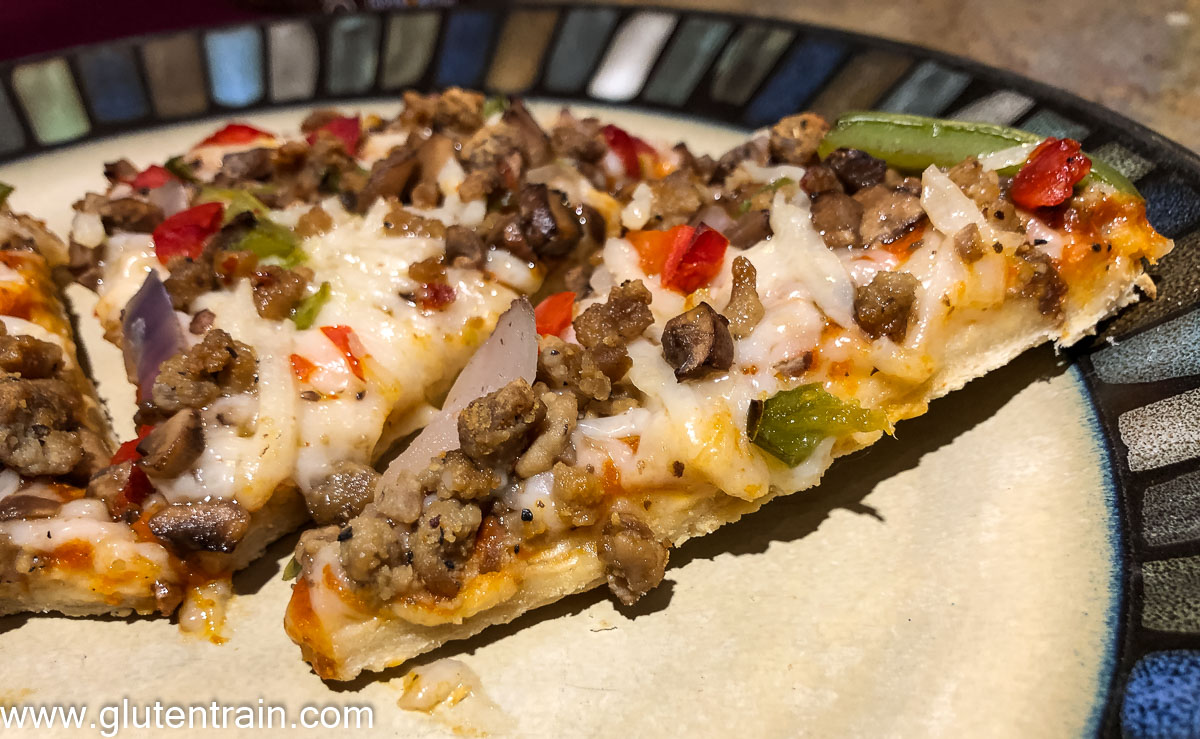 British Columbia-based Daiya Foods produces a variety of dairy-free foods, including gluten free pizza. We tried their supreme thin crust frozen pizza out. We rated it 4/5.

The pizza is packaged like most frozen pizzas, inside a vacuum-sealed plastic bag inside a cardboard box. The pizza was ready in 16 minutes as promised by the instructions.

The supreme pizza has a lot of toppings on it, including a non-meat sausage substitute, peppers, onions and non-dairy “mozzarella flavour shreds”.

I found the pizza to have good texture, no better or worse than a typical non-GF frozen pizza, but it lacked a bit of flavour. The “flavour shreds” didn’t have as much flavour as actual mozzarella cheese so the pizza was a little bland. Since Daiya is dairy-free, they have to use some kind of cheese substitute. I’d just like a little more “zing” to the pizza.

The pizza was reasonably priced for a higher end frozen pizza, and there was enough pizza for supper for one with a few slices left over for lunch the next day.